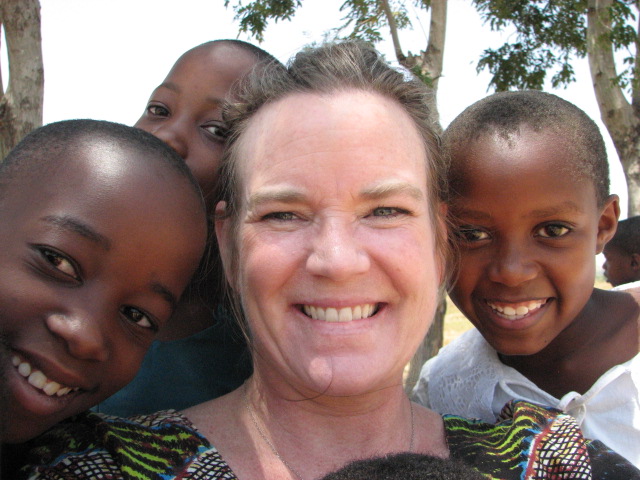 Kay is from West Monroe, Louisiana and holds degrees in Psychology and Counseling and has studied International Church Planting at Southeastern Baptist Theological Seminary. Since 1990, Kay has worked with children, youth and their families in Louisiana and in East Africa as a social worker, counselor and missionary. She has served short-term in Zambia and Kenya but calls Tanzania “home” and was a full-time missionary there from 2003-2009. In 2013 she started a new ministry called Transform Tanzania and returned to Tanzania where she is still currently serving.
Kay believes she is called to minister to those she calls “the Number 100’s”–those last lost “sheep” about whom she says, “No one loves them but me and Jesus.” They are the hard-to-reach kids: the abused and neglected, the troubled and hardened, the orphans, street kids and other vulnerable youth and children of the world.
Kay knows it’s not her ability but a gift from God that allows her to love these kids like Jesus loves them. She believes God called her to Himself from childhood because He had a unique plan for her life that only she could fulfill. But she also believes God created EACH OF US with a unique and personal plan to serve Him, too! And all these children God has given her, who think they are hopeless, fatherless and helpless, need to know that True Hope can only be found in Jesus Christ! They have a Father who loves them fiercely! And the Holy Spirit will empower each of them to live the unique lives God has planned for them!
Kay is sharing the love of Jesus Christ, teaching and discipling “the new generation” and encouraging other Christians to do the same to Transform Tanzania with the Gospel. Won’t you partner with her the reach “the Number 100’s” for Christ and encourage other Christians around the world to do the same?